Sweden has formulated 16 environmental quality goals as part of its efforts to deliver on the UN’s sustainable development goals (SDGs). The development of lightweight technologies is directly impacted by several of the SDGs, such as Limited Environmental Impact, Fresh Air and Natural Acidification Only.

In the spring 2016, the Swedish government introduced a strategy for new industrialisation focusing on four areas: digitalisation, sustainable production, industrial skills boost and test beds. All of these are highly relevant in advancing the development of lightweight solutions in Sweden.

In its ten political priorities, the EU has lifted both energy effectiveness and circular economy as central areas for development.

For industries like automotive and aviation, the European Commission has set high goals that regulate market requirements. For example, in its research agenda, ERTRAC (European Road Transport Research Advisory Council) is aiming to reduce carbon dioxide emissions by 40% per tonne load and kilometer by 2030 compared with 2010 levels. 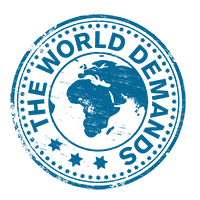